At the 2021 NATO Summit (14th June) Allies discussed the future of the transatlantic relations and the security challenges that NATO will face in the coming decade. To enhance the transparency and visibility of the process, NATO organized, in parallel, a public event in cooperation with the German Marshall Fund of the United States. This event, NATO 2030 at Brussels Forum, brought together government leaders, international experts, representatives from civil society, the private sector and young professionals. Discussions focused on a wide range of topics, such as defence and deterrence, global partnerships, innovation, climate change, cyber, energy security.

In preparation for the event, NATO selected one organization in each NATO Member country to join NATO’s effort to reach out to key audiences and engage them to the discussion on NATO 2030 and the Summit’s outcomes. In this framework and in connection with Project HYBRID, the Portucalense Institute for Legal Research (IJP) and Universidade Portucalense where invited to act as an Ambassador of this event in Portugal.

The Heads of State and Government of the 30 NATO Allies gathered in Brussels on 14th June 2021 issued the Brussels Summit Communiqué reaffirming NATO’s unity, solidarity, and cohesion, and opening a new chapter in transatlantic relations. The 30 Allies approved a NATO Climate Change and Security Action Plan and agreed to renew and strengthen the commitment made in 2016 in Warsaw agreeing on a Strengthened Resilience Commitment.

Finally, perhaps the most momentous decision by the 30 Allies was to invite the NATO Secretary General to lead the process to develop the next Alliance Strategic Concept. This new document will build on the NATO 2030 Agenda in view of replacing the 2010 Strategic Concept endorsed at the Lisbon Summit. NATO’s new Strategic Concept is expected to be endorsed by NATO Leaders at the 2022 Summit in Madrid.

Report "NATO 2030: United for a New Era. Analysis and recommendations of the Reflection Group appointed by the NATO Secretary General
Report "Transatlantic Trends 2021" by the German Marshall Fund of the US
Report "Munich Security Report 2021: Between States of Matter – Competition and Cooperation" by the Munich Security Conference 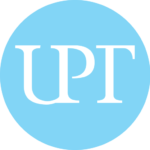 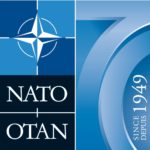